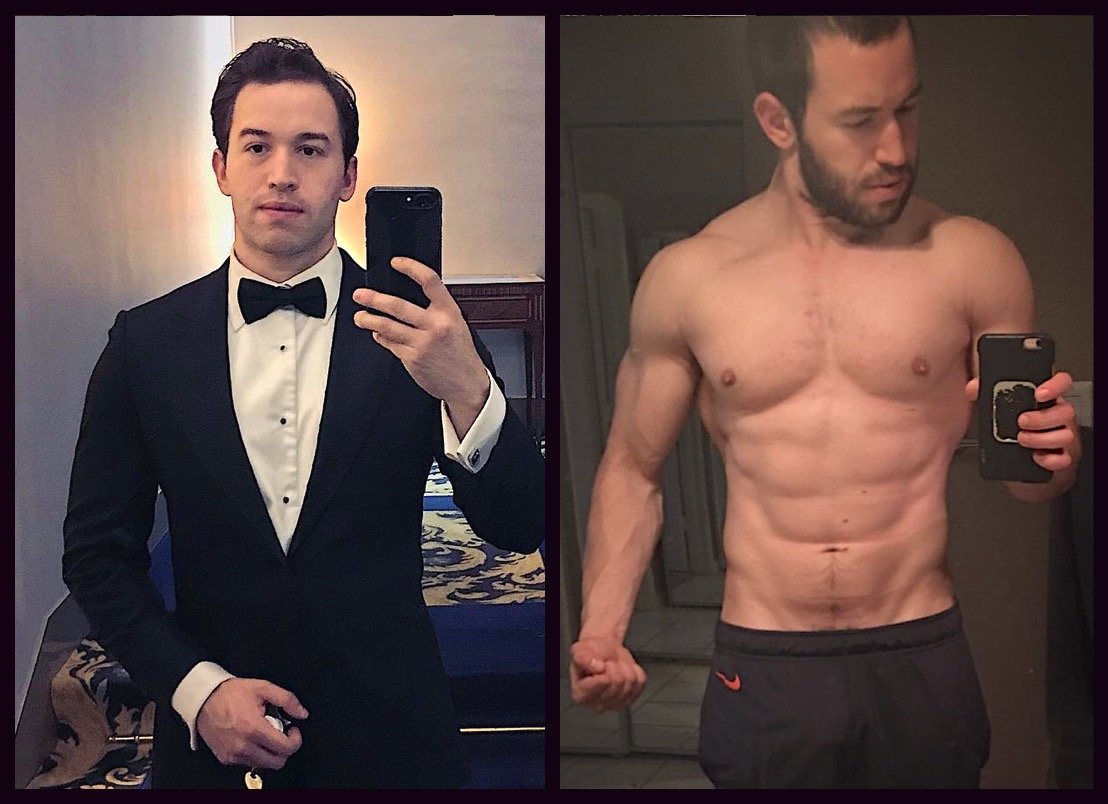 Today I’d like to share a story of Michael Hewitt and I. If you’ve read my other stories, it’s usually how I’d meet a person, and how we’d chill and have a cigar, and or a drink. This couldn’t happen, cuz Mike lives in the States. Some day it will. But this story is not the meeting. Per se. It’s the digital kindling between us tho.

At the very beginning of the Covid Lockdown situation, back in March 2020, Mike had written a new book, Cheat Codes, check out my review of it here. It was his story, with dieting, fasting, and lifting. He wanted me to review it, put it up on my blog, and affiliate.

What’s funny, since then, I’ve down this process, with many other content creators, but Mike was one of the first. It was special. Also, there was a cool bond between us.

So after I had done all that, read the book, put it up, affiliate it, we had a chat. Which is the crux of this story really.

Mike said, You on some kind of program, Fury?

I’ve been a lifelong exerciser. I’ve ran two marathons, my aerobic base is higher than average, and my pain tolerance too. I’ve done lots of calisthenics, and quite good at them, but never gone full wan hunnid like those crazy bar bell guys or anything.

As for weight, don’t know what it was, maybe I was one of those morons who say, I don’t wanna be too bulky, or some shit, but I never really delved into that.

Except for September 2019. I was sick of having thin arms, people looking down on me, just cuz I looked small, or scrawny.

So come March 2020, that’s almost half a year of weight lifting, dicking around, by myself, at home, getting in the groove, learning the bare basics, when Mike said Fury you on a programming, and I said no, he offered to coach me.

Free of charge. He is a legit fitness coach, and has clients, and has some online, and especially with the Covid sitch, he was coaching almost everyone online, and he wanted to coach me free of charge for a month.

I was honored. And surprised. I always think behind people’s motives, like why would someone do this? Give something? But the Twitter space is different, and with different people, and good people. Giving ones.

Mike asked me what I rolled with, and send him the photos of my equipment. Dumbbells, a barbell, and some weights, a pullup bar, a bench, to incline.

Mike said, Oh wow you have a lot. You’re going to get a lot of work in.

He gave me a Fury Program, two series, and some other ones, if anyone is interested I’ll write it up one day, but for now just check out the review I did of myself, my performance, after my first workout, Fury Series 1:

Ok, this was no joke. This is the level, between going one hundred, and just half assing something. Before, I had just been dicking around. The workout Hewitt Fury Program lasted 1u12m, these were minutes effectively and efficiently spent. The whole upper body assaulted. Before, I had been doing pussy weak ass workouts, compared to this program. Damn. Good to know. There’s levels to this iron game. In iron, as Hewitt says.

That was the raw unedited review I did, straight after the workout. It humbled me then, and now looking at it, thinking back. There are levels to doing things. Anything really. Any new skill you wanna pick up you gonna suck at it. You stick with it, for six months. You’re still not good enough. Then someone helps you along the way, steering you the right direction. Or course correcting you. And that’s when you’re on your way.

Months later, almost half a year now, looking back, I learned a lot from being coached by Mike:

-have a program, what exercises for which month, which week, and which day

-train in supersets, more volume, and push and pull

Won’t go too deep into that, unless there’s interest for it, from me, but not a Fitness guy.

I had kept it a secret. It was a cool thing. And now looking back, I have a good body recomposition. I feel sexy AF, and my body gives me confidence.

But sometimes you need outside help, some luck, some random encounter, be aware, and go all in with it. Experience it. And you’ll change for the better.

As Mike would say,

This post was part of a big cover story of Michael Hewitt in August 2020.

To see the other posts of the cover story go here:

How to enter the court if you’re not royalty