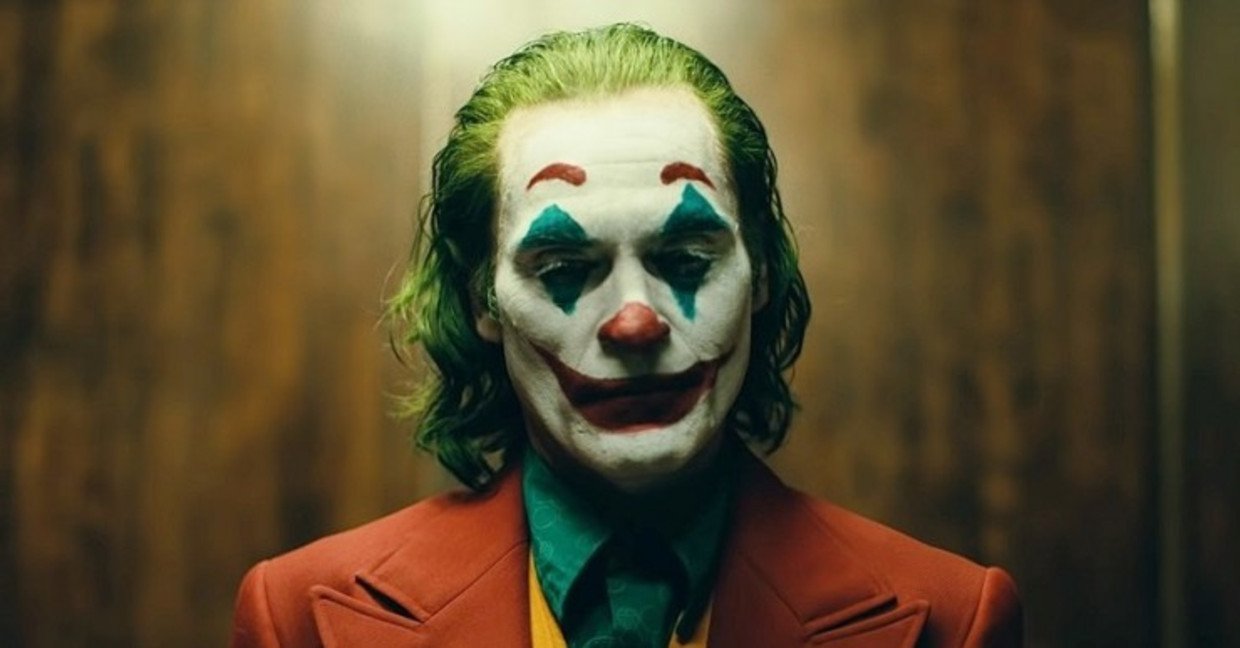 Joker is the 1268th movie I’ve seen in my life. Give or take. I have a list, coming soon on this blog, but it’s in fact 1268+ movies I’ve seen. But I grew tired of growing the list, so I just add a movie to the list, nowadays, after watching it.

I am getting back into movies, not watching almost a single one in 2019, but I used to know all the actors of each movie by heart, knew scriptwriters, and cinematographers. I was a walking IMDB, really.

However, movies, imo, in overconsumption, are a massive waste of time.

That said, I have still some insights left regarding movies, and I wish to share with you some musings regarding Joker.

Since I’m sometimes not a man of logic, much akin to Joker perhaps, let’s start at the end.

At the end of the Rabbithole.

The movie seems to be an imagination Joker’s head, all made up. Personally I could’ve seen this ending coming, and many prolly have, or have had it spoiled for them. And I dont like endings like this usually, but movies, as life, are as much about the journey as much about the ending. Nietsche said smth like that, even.

However, this poses a slight issue in regarding the *true* Origin Story of the Joker. Since there now is still confusion as to how the Joker came to be.

Simply: There are NO ANSWERS.

I have 100s of comics, graphic novels, and have deep insights into the DC Universe. There is one thing, amongst most hardcore fans of Joker.

The Joker has no origin story.

Therefore, when this movie was announced, and its ‘purpose’ seem to be to tell the DEFINITIVE Joker Origin story, to say the least, most fans were sceptic.

IDGAF. I just waited it out, and low and behold, Joaquin went and snatched an Oscar for the role. Respect on Joaquin, love all his film, and mostly as Cash.

So, what is the Purpose of this film then, if it does not tell the Origin of the Joker?

Aka the WHY. Why does this film even exist? I don’t have the right answer, symbolically perhaps for such a Twisted Movie.

But the movie ‘entertains’.

Joker said, His life is not a tragedy. It’s a comedy.

As viewers, as twisted for some of you this might be, one must take Arthur Flecks POV, and ride it out, and view this movie not as a tragedy, but as a comedy.

Very much an epic, like Dante Alighiere’s La Divina Comedia. Which, in OUR speak, is also FAR from a comedy.

I will not make this blogpost longer than it should be, or bore you with the details, and the semantics as to WHAT a comedy is.

However, the Ancients made different TYPES of Comedy, than we now are used to.

This is not a The Rock, all kumbaya, jolly feel good comedy. This is not some Zac Effron is a chad and fucks up and swoops women comedy.

No this is some old school shit. Ancient Comedy.

Tragic as fuck, dark to the bone, and if you can see the humor in it, you’re twisted as fuck, but if you get the humanity in Joker, you’re empathic. An epic.

That is what my gut says the Joker is.

Long ago, I came upon a deep insight to review any work of creation through the three Aristotelian Concepts:

The first is Logic, what is being said and viewed. This is for a movie in regards to the script, the writing. What is presented logically. Herein also belongs some cinematography things.

The dialogue was crisp, the actors stellar. Nothing was off. Everything rang true. And the two hours flew by.

I have a personal mantra:

You recognize quality, when you are exposed to its inverse.

To put it bluntly, I’ve seen some pure absolute gawbage in my time, and Joker was far from it. Far.

Respect for the Director, and head writer, Todd Philips, who most of you know from writing The Hangover. Also a Comedy.

I had no idea he possessed such scribe skills. Impressive, and cool. Must’ve been a comic fan, we’ll get to that in a moment.

The movie had 3 big acts, or 4, depending how you break down films. Each act transitioned smoothly, with ‘big’ happenings.

He kills his mom.

About the Comic Fan mentioning.

As a comic lover, I recognize *cool* moments. Even tho my absence from the movie world. But Todd has fun with the Joker Canon.

He messes with the Audience, implementing the possibility that Arthur, the Joker, is in fact Bruce Wayne, the Batman, his brother.

IF true, this blows the whole canon wide open. It is simply geek allure.

The other interesting thing is, that the Joker induces a riot, against Thomas Wayne, the Joker’s supposed father, who then gets cornered by a ‘clown’ and is gunned down, in Crime Alley.

This also flips the script on the original BATMAN canon.

Now a CLOWN, triggered by JOKERS action, kills Bruce Wayne’s parents. One can imagine the repercussions in Bruce’s psyche towards the Joker after this incident. As a fan I could not help but marvel at these small but significant tweaks to the DC canon.

The Orange Teal effect seemed to be in fullswing in this movie. Even props, like archives had these two colors.

Look it up on the internet. Very fascinating play with colors that filmmakers use.

I believe the Joker film used it to signal danger, or foreshadow, but like I said I did not rewatch the film, for further analysis, as I prolly wont.

Feelings. That is what pathos in Ancient Greek is. Which is fitting that we bring up the Ancient Greeks, since they were Champions of the Original Comedy. Unlike the ones we know now.

The Joker movie is a whirlwind of sadness, tragedy, death, and carnage. It is a rollercoaster. Usually Im numb towards movie, but this got me, tho.

I could not HELP but feel pity towards how messed up people acted towards Arthur, almost forcing him in the Role of Joker. No excuse, but still, people are NOT nice.

He killed his own mom. Which reminded me of another Greek Motif. The Oedipus Rex Mythos. For those unfamiliar, it is a Greek king who has a complex, and is in love with his mom. Freud later used the Term Oedipal Complex, for momma boys, who have issues in life, DUE to their Mother.

Joker has it both, the double whammy, daddy AND mommy issues.

Lots more to unravel here, but this is what STOOD out, for me.

Lastly, the Character. I wasnt really interested in any other character, besides Arthur, and I believe that was the point. The full focus on the film was Arthur.

He was crazy, awkward, cringey, but goes a full blow Transformation to the Joker we have come to know and *love*. In the end at the talkshow, I could see the amazing performance Joaquin gave us.

He DEEPLY reminded me of a Joker, I’d just read in a comic. Unhinged, unpredictable. I was at the edge of my seat. What’s going to happen next? What’s the Joker going to do? Very fascinating, in a dark way, ofc.

He became indomitably confident in the end, since he know had the ability thrive in Chaos, and nothing could control him anymore.

That’s about it for now. Perhaps abruptly ending, juxtaposed to the ending of Joker, but this is a big minddump, and all I have to say for now.

Perhaps I’ll revisit this post, with a FULL INDEPTH CHARACTER STUDY of ALL JOKERS, to ever dance upon the Silver Screen.

7 Most Influential Books to Read