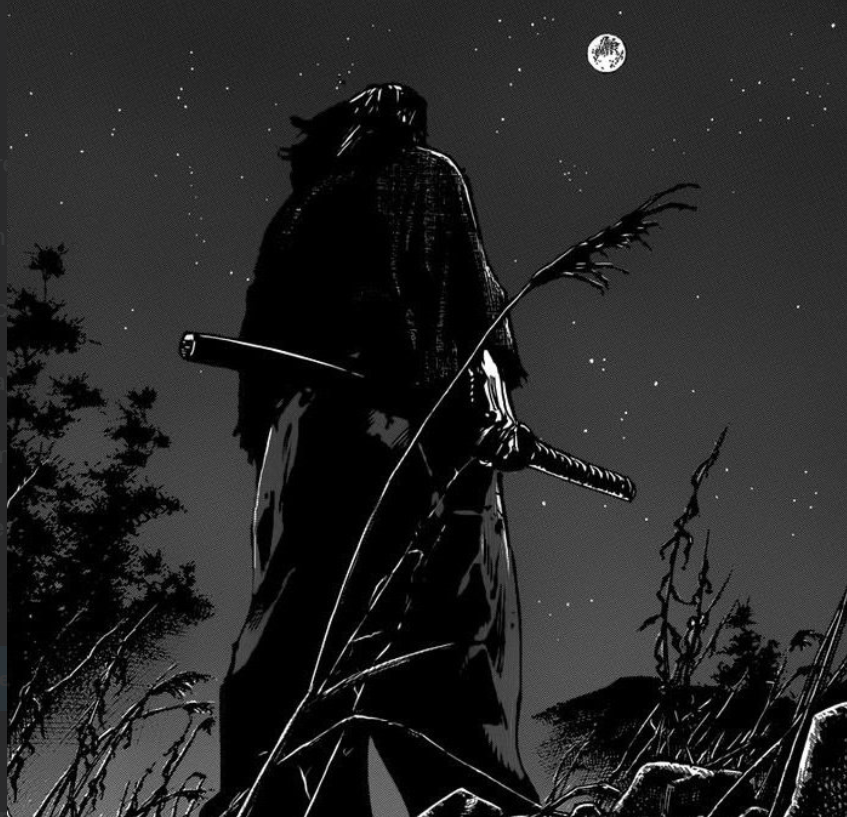 Books to read, written by or about/related to Musashi

There are 7 Books you should read to get to know all about the Greatest Swordsman that ever Lived, Musashi.
​
Book of Five Rings (Written by Musashi)
Dokkodo (also Musashi)
Musashi (romanticized biography by Yoshikawa Eiji)
The Lone Samurai (more accurate biography by William Scott Wilson)
Book of The Life Giving Sword (by Yagyu Munenori, translated by William Scott Wilson)
The Unfettered Mind (by Takuan Soho, also translated by William Scott Wilson)
Art of war (by Sun Tzu)
​
Imho you can read all these books in now specific order, but once you’ve read one of the above, you can def link it to one of the others, so if I were you, I’d take heavy notes and come back to each and one of them, if something pops up in your head, like Oh yeah I think I read smth like this in that book.
​
The book of five rings is one of two books written by Musashi self and most consider it to be his masterpiece, life’s work, where he explains all his principles and techniques how he basically won those 60+ fabled duels.
​
The Dokkodo, way of walking alone, is imo his masterpiece. Its 21 rules of life (that you must’ve read in my free guide, link in bio), and the reason why its masterful is bc there’s 0% chance there’s anybody who can rly live by them. You’re bound to fuck up, and even Musashi did tbh (read The Lone Samurai, how he succumbed to his vices too like any mortal), but its a nice trajectory to live an ascetic and zen way of life.
​
The two bios Musashi and Lone Samurai are heavy reads, one is 700-900 pages, the other one 200p, but for the through Musashi buff they are must. You get all the big moments in his life, and you get to see his psychological makeup and can piece together (with help from the other books) how he always won.
​
The last books are not directly related to Musashi, but by proxy. The Life Giving sword book is written by a contemporary samurai, and rival. Someone who had way more prestige than Musashi himself and was in the secret service and trained the warriors of the ruling Shogun, kinda an elite preppy version of Musashi. This book was written Before Book of five rings. So Musashi mustve read it and perhaps couldve been influenced by it, whilst writing his books.
​
The Unfettered Mind is written by famous monk Takuan, also a contemporary of the two aforementioned Samurai. In fact the book contains letters written To Yagyu, the rival of Musashi (they never fought btw bc of heavy politics). Takuan used to hang around in the same circles, After Musashi won his last and most famous duel. they were in the Elite circles of Kyoto, and discussed Art, Zen, Gardening, Painting and the way of life. Takuan had an insanely strong influence on Musashi, so to get to learn abt him, u learn about Musashi, esp of his later years, all the way to his death (re Lone Samurai)
​
The art of war is an classic. And when u read book of five rings or anything that comes out of Musashi’s mouth u can hear Sun Tzu ringing thru. And Musashi was insanely well read, and given that its a classic, he mustve read the Art of war. So you can def learn a thing or two, and connect it with Musashis teachings.
​
Bonus: If you really like Zen and the way of the Samurai, read Hagakure, also translated by William Scott Wilson, who does a good job getting to the heart of cryptic zen lessons.

What is Fury’s Opinion of Musashi?

Someone asked me this in a gc and I couldnt just give em a small answer as something reverberated deep inside me in my gut and so I parked the response and said Id come back with something in long format, here’s that answer.

In many ways, Musashi is the GOAT, many Biographies have been written about him as a prominent historical figure who was good at what he did. Killing people. In duels. Or battles. For his duels, they claim, he was 60+ Wins in, when he stopped. This is ofc 60-0, bc back then you didnt rly leave a duel alive. All the aforementioned makes me respect him. For his prowess, competency, skill, and very own unique Ronin way of living. Unparalleled; in the sense that many have tried it, must have tried it, to become Ronin and make their bread, their legacy, their Destiny this way – but either they died, in duel, or they werent good enough, popular enough to make it. To sit at the table of Kings.

So thats the respect side of it. OTHER side of it is, he mustve been a brilliant marketer. Even if they didnt have a name for it like that back then. I Cannot believe that he himself Did not know he would Not show up in the History books. Claiming to have no ego some might say, he surely knew what he was doing, hehe. He knew that his efforts would echo throughout history and as a man with masculine urge this mustve propelled him to soar to such heights. So what I am implying he might have spun certain stories in his favor, embellished here and there, omitted some things, all of which is fine imho, given the zeitgeist that we are in, everyone does it in the marketing space, MT, and our corner..

Called him the GOAT, but what I just mentioned makes him a Flawed human being, but ofcourse he was just a mere mortal, and he didnt even follow his own rules, lol – The Dokkodo – Principle 9: Do not by guided by a feeling of lust and or love – this mf went and visited brothels. OFC. It was that kinda time. And he was known to hang around a very famous cortisan, ofc Musashi got the highest level baddy thotty of those times lol .. so just saying he was a man with libido and sex drive and he was NO different than us, and he has his weaknesses (read more about his affairs in The Lone Samurai).

Finally two things, what I like personally about him, is his unique talent to see the Way in all things. Aka the current Train Everything meme. Musashi was good at a LOT of things, very proficient in fact, you could chalk it up to TALENT, but no he saw the way, the links, the intersections, the overlappings of many domains of life .. like Venn Diagrams .. he saw the nodal transference of one field to another. The swiftness of a swordstrike was just like the ancient Japanese brushstroke .. The beating of two drum sticks, why not two swords .. on and on the parallels of then, his life, and this life can be made. In psychology they call this Lateral Thinking and there are an Elite FEW people I’ve met irl who can do this.

Lastly, perhaps my fav, he had the Uncanny Ability to foster MUSHIN, no mind, in mere seconds, causing a type of Trance state as he went into battle. Most notable sketched b4 his final duel, where he was late, just chilling whole day, gazing into nothingness, empty mind, and then on the boat, to the duel, just chipping away at an oar, which was to be the weapon that slayed his rival, which he prolly knew was gonna happen, he had insane present moment awareness, with past ability and present adaptability. Truly f tapped into the Void, in flow, in the f zone, at most times, when he truly needed it. Again, very very few.

So to sum it up, whats my Opinion of Musashi? An example, very mimetic, totemic, a symbol. For what a ronin can be, a UNIQUE way of life. A killer. A savage, yet a flawed human being, who had insane talent ofc, but fostered them with crystallized focus vision and determination and channeling the wits and insights of the Cosmos to excel to heights mere men would only ever dream of. Tapping into such Divine Spirit and Strength that would make some think he was a demi god, which ofc led him to be a legend, to this day and make people talking about him till the end of times ..

I get many questions about the GOAT, and have many things to answer towards that, and many things to say about about him. And his works. Therefore, I will be revisiting this post, or this theme, many times. Thanks again for reading.