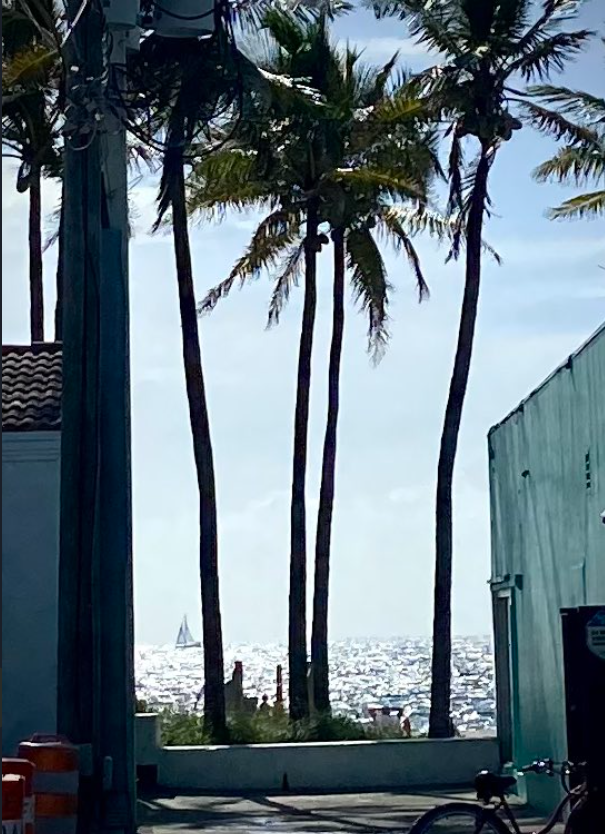 I’ve been asked a couple times about my online moniker “RiversHedge.” Here is the story.

My start position on my online name was originally related to having read a lot of Somerset Maugham
(1874-1975). Now there is a name that doesn’t pop up much anymore, but he was big on colonial lit and
my mother’s generation (1920-1982) read him assiduously. His major novel “On Human Bondage” I do
own but have not read…yet. I have, however, read a ton of his short fiction about the bored English
colonials on rubber plantations in Malaysia at the turn of the century (which one? To ask is to be
unaware) drinking their gin and tonics and having affairs and bitching about their colonial boredom.
Meh, and no wonder that that mindset is more or less cancelled now, but it is OK lit if one is the right
frame of mind. I enjoyed the voice quite a bit back when I used to read. Before social media. Ha.

The book I remember, and the movie – a universally panned flick with Bill and Brian Murray, a movie I
actually liked – was “the Razor’s Edge.” The leading epigraph of Maugham’s book, from the Katha
Upanishad, something I studied in college in my Religion degree, goes like this:

Rise, awake!
Having obtained these boons, understand them!
Like the Razor’s sharp edge is difficult to traverse,
The path to one’s Self is difficult.

There are other translations of course, but the sense is mostly the same in all. I mean, it is translation
after all. Here is another version:

The sharp edge of a razor is difficult to pass over;
the wise say the path to Salvation is hard.

So, I like that framing a lot. Life and the path to understanding – salvation if we must – actually is pretty
hard if one has any age at all. If one has lived a long life and been through some hard stuff, the Razor’s
edge language is a good expression of the way things work. I wanted that name, RazorsEdge, in about
2011, for my newly minted [finance] blog. But there were maybe about 5000 sites with some variation
on the Razor’s edge name. So, I had to go elsewhere.

Ok so I can’t use Razor or RazorsEdge now. I then decided to focus on “river.” Why river? At first it was
convenience thing because I lived on a bluff overlooking the Mississippi River. Nice house. Big. Lot of
rooms. Giant garage (after 11 years of no garage or driveway in snowy MN). A brag, yes, but I lost all of
that in a divorce and Global Financial Crisis so less of a brag now. But the river was present in my mind
every day then; I could see it. Then I tied that awareness of river, and the affinity (alliteratively like a
Viking or Anglo Saxon) to Razor, to my past reading of the Greeks, e.g., Heraclitus (never really knew the
pronunciation – could look it up – but whatever).

The one thing that people probably remember about Heraclitus is his “flow metaphor,” or in my own
words or translation:

There is a shit-ton of conflicting interpretation and rendering of that. But the basic idea is constant: that
life is a flow state and that we need to acknowledge the primacy of change and adaptation over stasis.
Kind of anti-conservative but not terribly untrue in a strong sense. Yeah, I liked that expression too and I
took it. I’ve since used River in all sorts of settings since, like dating profiles, Instagram, whatsapp, and
other usernames (many changed since so don’t try to hack me too hard). I love the river metaphor,
though.

I have since then extended this river-sense thing in other odd ways. For example, I’ve done 12 years of
quant finance. Sounds weird to the topic, right? And what does this have to do with “river?” But one of
the things I ran into at a later stage of my finance journey was the mathematics of stochastic calc. The
equations of the differential calc that I ran into, stuff I could not read all that well, represent, in
notation, what I was doing in my amateur simulations in quant finance. They described exactly what I
did in code. That much I understood. But here is the point:

The thing about stochastic calc is that it represents “flow” and “dispersion” over time (i.e., a river if you
don’t get it yet) The most famous of these equations, imo, is the “heat equation” or a “diffusion
equation.”

This has history you can look up but let’s pin it down for me:
diffusion=flow=river=retirement-finance. In the 1930s, A. Kolmogorov – it takes a communist to understand capitalistic retirement, right? — formulated the “Lifetime Probability of Ruin” by way of a partial differential equation (PDE) which in retrospect is easily simulable. I never understood the math all that well, but I did finally get the principle. That’s because I once taped the Kolmogorov PDE on my fridge for an entire year to try to “see” it. Never really “saw it” until one night I had a dream where the
coefficient of the second term was flipping around in a loop in my dream. Gross, right? But I woke up
and said “Damn, I know how this f’r works” and then I walked 3 feet straight to my computer and coded
that thing and it worked almost exactly like it should. My point, such that it is, is that I’ve had great
respect for flow states and flow math (rivers, to be blunt) ever since. The river metaphor always made
strong sense to me after that. Didn’t help much with dating sites, or relationships for that matter. But
anyway: “River” was now front of mind.

I retired way, way, way too early, circa 2008, during a move, divorce, and the global financial crisis. I
was forced into it (move, divorce, retirement) by circumstances which I will explain briefly and thusly:
my now-ex, a globetrotting CEO with a fair amount of visibility, and in retrospect not a completely
terrible human, was working in FL and induced me, or persuaded me (I agreed to it, btw, but not on fair
terms in retrospect), to move to FL to put our marriage and our kids together. This is a bit off topic and a
bit of an axe-grind, so bear with me. The week before we moved, after the movers had taken everything
including the boxes and cars, she took me aside and told me she’d secretly packed two piles (not one)
and rented two homes (not one) and then informed me that we were to split! Turns out she had
another dude of 2.5 years down in FL. She then dropped a petition on me right after we finally moved.
Erg! This has nothing to do with the “razor-river name” topic, right? Pretty much yeah, but then maybe
this: in the aftermath of all that I started taking a strong interest in trading and investing and “hedging”

my portfolio. The risk of losing what I had and compromising my position of what I’ll call a present-
parent was way way way too big for me. I needed to hedge myself big time. I also, not all that

unrelatedly, became at that time a LP and GP in a hedge fund startup with a dude that had run a billion
for ~12 years. So, I became a hedge-funder. Let’s say 2010 or so. So here we now have the genesis of
the word “hedge” as something I thought about and lived. So: “Hedge.” Get it?

This should be obvious by now. We have moved from Razor’s Edge, a metaphor for the complexity of
walking an honorable and difficult and spiritual path in life, but a name that was more or less
unavailable as a web or blog site name, to “RiversHedge:” 1) a metaphor for where and how I have lived
over a real life, and 2) how I think of life in its flow-state sense and also a life imbued with its risks and
how one faces that risk. I thought this was a not-bad way to frame me. The latter (rivershedge vs
razorsedge) is better in a pretty strong way. And it was available online. Good.

I still like it. On the other hand, I will say that no one has ever really understood it (except maybe now
that I explain it here). The most common error is on the pluralization. People will sometimes write me
and say “hey, Rivers.” Sure, maybe that is a grammar incomprehension thing but I’m pretty sure no one
thinks about it or cares nor have I been clear. The incomprehension is a sentiment that I understand
and with which I agree but then I’ve never tried to explain it so I can’t really bitch about it. But the
proper intro or salutation would be “Hey, River” since: a) River’s is possessive, not root, and b) “River” is
the whole point of “me,” my past home, my history, my disposition, my conception of life and finance,
and my future. Hedge was mostly just for fun. And so:

Like some churlish instant gratificational monkey all hyped on saucing sh up with pictures, almost wanted to absolutely deter from the magnamity of the piece itself by adding such pictures, well they were from RiversHedge, well to add personality – but lets be honest, here, read that piece. Read the words .. FEEL the words. This is the sauciest piece I’ve had the privilege and pleasure and fun, to read in a looooong time, tbh. This man hits the trifect of what it means to be a writer writer – experience, observation prowess and the technical know-how of being a writer.

Thank you for reading,

Nothing Gold can Stay

4 Ways How I Almost missed the James Altucher Show