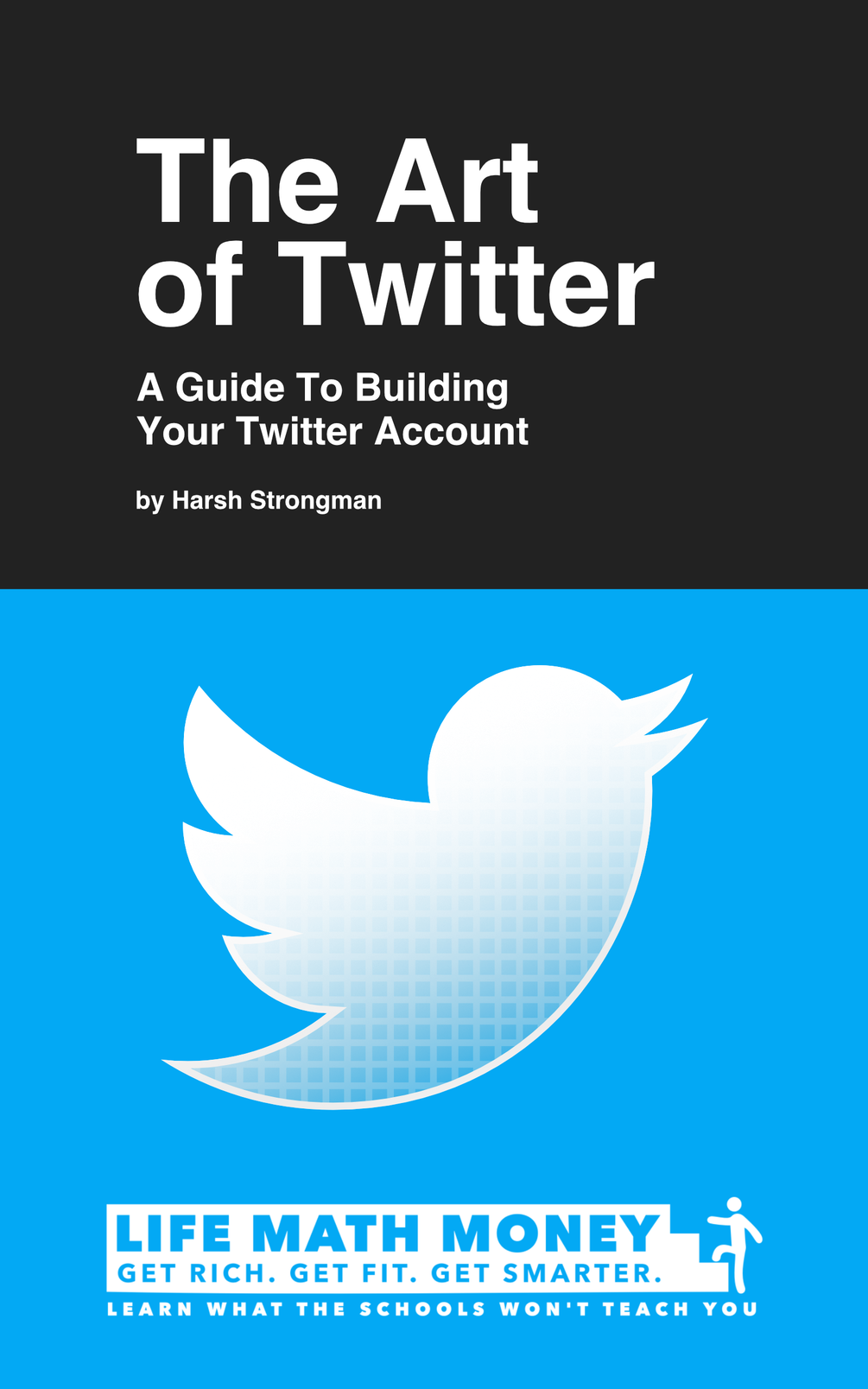 The links in this posts are affiliate links. It means that when you purchase via the link I will get a percentage of the price. This cost you nothing extra. See it as a way to support the Sword of Fury.

Lifemathmoney (LMM) is one of the biggest Twitter accounts @lifemathmoney. He talks about the big three pillars in life: wealth, health, and relationships. He might not be the most original account, per se, but he knows what he speaks of. With a personal touch, now and then, as to his personal preferences, the man behind the anonymity.

But that’s not what we’re going to talk about – his content – but we’re going to discuss his meteoric rise on Twitter. I’ve been on the social media platform a loooong time. Then LMM jumps in and blows everyone, including myself, straight outta the water. Growing like a steam train.

The smart man I am, I just sought him out, and had a chat. The ‘tricks’ he used to grow so fast, he puts out in a neat guide called the art of twitter.

Thing is, a lot ‘guru’s’ put out these things. It feel like a ponzi scheme. Grow your twitter fast, become big, and then sell your guide how you got big and did it so fast.

Truth is, yes there are a lot of these guides. For me the question becomes more, who do you seek it from, and why?

I could’ve gotten it from Ed Latimore or any other guide, but this one came on my path.

That’s it. Not gonna give you extra special reasons as to why this guide is BETTER of Different than the others. No.

The thing is you only NEED one guide.

Twitter is not that complex when you think about it.

-Commenting, under other accounts, or to your notifications

That’s it. That’s all Twitter is. So the key to growing your Twitter is quite fundamental. Once you know the tricks, which is all they are, you’ll think ahhhhh, like seeing a magic trick being explained. The veil gets lifted.

I won’t spoil the magic, you’ll have to grab the guide for yourself.

I can tell you this. I know dozens of accounts who have used this guide. And it works. It just does. If you don’t believe me, look at those who are affiliating it, or those who have around 6000-10000 followers on Twitter. Trust me, they will have used the principles outlined in this guide.

These last few months been using this guide, and I went from less than 3000 followers to 4300+. So that’s not stellar, per se, but it is huge for me, as I was struggling to grow from 300 to 1000 for months and months on end. You gotta know what you’re doing. Once you know THAT, it’s homefree.

More money? The bigger your audience, your Twitter followers, the more people you have to sell to. It’s a big world, and money CAN be earned if you choose so. You can tie growing an email list, or growing your IG-account, or your blog. It is all in the realm of possibilities.

Get Fitter? There are a lot of fitness coaches on Twitter. Connect with the RIGHT ones, and they’ll help you get better in running, calisthenics, and of course, lifting. I did so myself and will be posting about this in the near future.

Better relations? Game is one of the big topics on twitter. Lots of fakes, but lots of very insightful people. The DMs is where it’s made, boys. Just go to your favorite account and ask them tips on how to date, have better and more sex. Or advice for your long term relationship, or with your wife. Look in the right places, and you’ll find what your are looking for.

But most, importantly, it’s perfect for tribe building. The connections I’ve built on Twitter is astounding.

-millionaires, like Tristan “The Talisman” Tate – damn, have you seen his IG:@thetalismantate ?!!

I can go on and one, but as of writing its kinda getting late, and you get my point. This is not to brag, this is to show possibilities.

I have put myself in the ultimate position, where I can ask a highly successful individual of ANY field. Any. I can ask them this and that, how do I approach this and that, what do you think about this. How to make more money, get more or better women, retain them, or manage a good relationship. How to get more jacked, or shredded, you name it.

This is all very real, and in the realm of possibilities.

I will have posts about the other Social media platforms perhaps in the future.

But Twitter is unlike any of them, because it positions you so perfectly amongst the best of the best, of the fricking world.

Man, it’s a beautiful big world, and lots to gain.

Twitter is just a step up, to getting anything you want.

Check Out the guide if you wanna learn.

Path to Journaling by Ryan Felman – a Fury Review