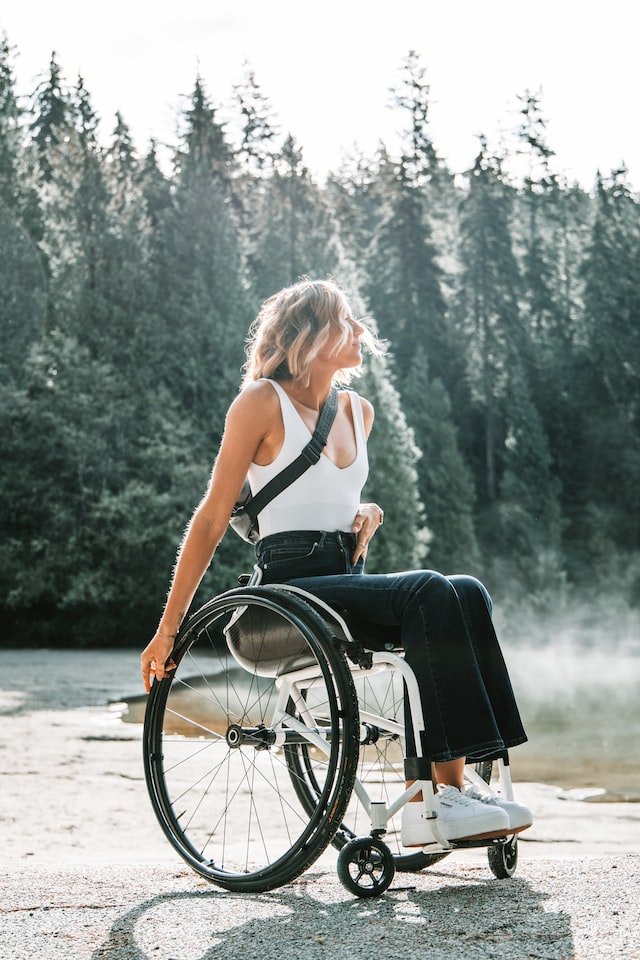 I don’t know what I was doing these last few weeks that triggered it, but I did think, Oh yeah haven’t really told anyone about this one. Similar to being on the Tej Dosa Free Flow podcast – and then he brings up the stab story ; or smoking a cigar with JK Molina and he brings up my time with the Tates.

There’s just too much to tell, so little time, because who’s gonna write it up. No one. That’s the whole point, I have to write it up, haha. But I think I was thinking about promoting the Way of Authenticity, two pieces already up, the Diaz piece and the Black Adam one. And then the guestpost by ItIsIsz, and then I thought the world needs a Fury piece again and then a list gets made on my desktop and then I come up with the idea to write The Wheelchair story.

Happened almost a half decade ago now I think and I was sitting outside, it was dark, me and a friend were having a drink, think I didnt even smoke back then, oh yeah, haha, but at one point he mentioned the time I landed in a wheelchair in a hospital in Amsterdam and I say, Huh.

The thing about manifestation is that it is very real, and potent, and you gotta be careful with it. Careful ASF. Because before this incident happened I was a huge GOGGINS fan (still am) and during my marathon running days I had this benchmark and at the same time mantra that went along the lines of,

That was my mantra longtime, for real so long, that I affirmed it mentally, when going out, clubbing, drinking, with group or solo.

But still when my friend mentioned the wheelchair, I didn’t really have a memory for it. Boozenesia, ofcourse. And still to this day it is vague, but the story is nice … ish.

I have two friends whose BD it is, at the same day in the Summer. One of them hosted a wedding in Portugal and the other guy organized the Stag Do in London . But during our neotenous years as fearless, reckless youngsters someone came up with the bright idea, to go to Amsterdam.

After this incident, and many thereafter, I came up with the saying,

You go to Amsterdam, someone is gonna get damned.

As a young boy it prolly sounded cool asf, but now looking back, it just sounds degen asf, lmao.

Anyways, the organizer dude loves to create this thing called “care packages” for on the road, and it’s just spiked full of Vodka. Aka that was already mistake number one, I was training less. Yes, I mean in terms of booze, but also legit in terms of mass, the bigger you are, eating carbs, loading up your stomach and all that fat – It helps with fighting against the booze.

I was thin and this was the clincher – anyways flashforward to Amsterdam, dk where tf we were tbh, but it was way before the club, or we were didnt go into a lot of them – but I was just binge drinking way too fast, and I remember clearly, the other BD boy he wasn’t manning up so I took his drink and drank it for him.

That was the damning moment.

So classic warpspeed ensues. Warping around time and space, and through blacking out wormholes – and then I have a vague memory of being in that hospital.

We must’ve taxied there, because they thought it was serious. Apparently it was not. Not that Im still here to tell the tale, but I do remember that I was let go from the hospital.

So we got to the hospital and I was drunk asf, and that’s when they put me in the wheelchair. They rolled me to one of those doctor’s rooms, prolly sketchy asf, because it was late, glad I had friends with me, but there the doctor, with arms stretched out asked the guys – that one friend had to tell me this part btw later over drinks – said, “What do you want me to do, your friend is JUST drunk. And his stomach doesn’t even need pumping out.”

So I was drunk asf. Blacked out. But NOT drunk enough. Lol. That’s the benchmark apparently. Not the wheelchair, but that you need your stomach pumped out. Well, that’s not anything I condone, or promote, and that’s just lame.

One time I met a friend of one of those BD boys and I was raving on about how I landed in the hospital (I’ve been there multiple times btw) and how I lost my G shock, lol – and that it was Amsterdam, etc – oh so cool, Not apparently.

This person said, Oh it sounds like you’re quite proud of this.

Back then I didn’t know if I’d call it proud. It’s just I didn’t have a lot of stories mb back then. Now, writing this now, am still proud, but in the sense that I survived. That’s toughness, a man can be always proud that he doesn’t get taken down that easily.

But other than that, it’s just a booze story, just another one in Amsterdam, someone always gets damned, and someone has to land in a wheelchair in some story, at some point in time, somewhere on the planet.

How to Overcome Writer’s Block