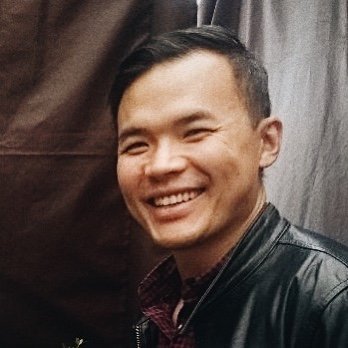 Every day I wake up there’s a new Twitter acc, with some douchey name, fancy, and some weird ass avi, and always catering old ass boring shit I already know, or in fact could have used ten years ago, but when waronweakness took Twitter by storm I never knew I’d have a fellow Asian, and brother, but also fellow Adventurous Spirit to connect with.

Most of you know Eddy @waronweakness, with his cool 10k+ acc, on Twitter, curating strong content, aimed towards business writing, persuasion, and influence, but other than that he’s a chill dude, mature, had the balls to say goodbye to a nice cushy preprogrammed matrix life, and unplugged and said ba bai.

I always quote him, or talk about his story, of one of his tweets:

My Friends Said I’d be back.

12 Years I haven’t been back since.

This is maybe hyperbolic, or true to the tee, but it’s just batshit crazy, and cool, and Eddy. Adventurer.

He also likes movies and books, and reading, and in fact is quite introverted, A Thinker. Like me. But he’s kind, and helpful, and nuanced. A nuanced man, a man’s man.

We laughed when I said, I can’t trust a man who doesn’t drink whiskey, that’s a h–

He resides somewhere in his Village in LatAm. Writing tweets, curating his newsletter, and from time to time pops in with a cool refreshing helpful guide.

At first he was quite anon, so I didn’t think we’d bond. But over the Telegram, we’ve DMed a lot, and It feels [Twitter and the digital space is quite the time vortex] like I’ve known him a long time, and will longer.

We have a lot in common, especially the deep love for thriller noir detective fiction. Only 7 years ago I was reading the books I sometimes discuss with Eddy. This makes me warm.

From time to time, we take fasts, or breaks, from social media, and unplug, and cleanse. But we stay in touch with each other. Digital connection, distant intimacy. Pen pals, virtually.

Sometimes we make plans, for content curation, which you’ll see eventually, but most of the time we just shoot the shit. Or talk about writing.

Yeah, we talk a lot about writing.

We talk about the comma, the writer’s mindset, the period, the style, but also the hard copy, the persuasion, and the curation of our content. The new Age. The Digital Information age, the attention economy, the infotainment, we need to play, or want.

Legit I have to say Im proud he’s asian. He, me, and du, michael paik, and many other asians are showing the WORLD what the asians can do.

Imho there’s a lot of lo key racism, or unsublimated tribalism, or just differences between asians, and other races, but the thing is it’s always subtle.

I don’t focus on the past, or the negative, just wanted to show the world, and say, that it feels nice that I’m brothering with powerful smart cool asians, who are showing the world how capable we are. That’s all.

And, I always thought I was alone in that ‘fight’, and in the Twitter space, but it’s comforting to know that Eddy is now there, too, curating his cool content, and just being himself.

And he can be Eddy.

Follow Eddy @waronweakness on Twitter and do read the other posts related to this one, part of the september 2020 Cover Story:

Dumb it Down Review

No Rhyme or Reason