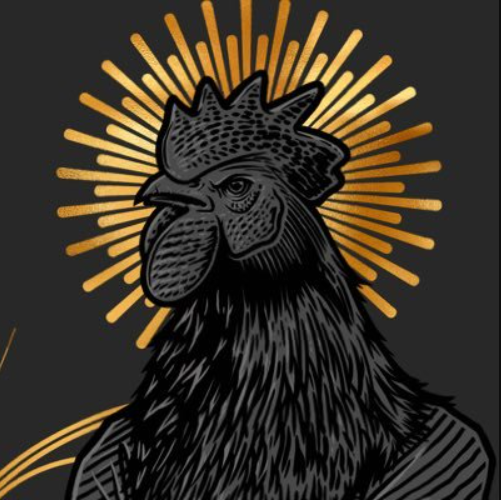 The Desecration of Tatay’s Grave

[This is a guest blog, and a repost, with Permission. The Original Author is: thïccøq. And you can read all his newsletters/blogpost on his substack here.]

I have known this acc/person long time, not tete a tete, but as a tw mutual, like most. And he had a certain vigor, domineering mb even to most, or my past self even, ngl, but there was a spirit there, that was hard to put in words. Which is why I reached out, exactly for that reason. Because there needs to be a focus on Just Writing. To deter, and detract, from all that is absolutely shit, lifeless, and not longform, and insta dopa hits, and basically making us all into extras from TWD, and or NPCs, and or little mush brains. Therefore, a return to Art. A return to the All Hail Long format, all hail the Potency of Writing. True writing, not that Twitter Thread Garbage (feel free to hypocrite call me, bc I write muh threads, too, we know why) – Added There are writers, the pur sang, the bonne foi, the legit mfs, and tbh then there are the “writers” lmfao, they either never will get it, or need to go somewhere, out to die, as I have done multiple times, and then dont die, and come back and then take to pen, watch you write, write, and be a true writer that people can feel, and think, Ah he legit.

I think, thiccoq is legit. Without further ado his piece.

Carried Waifu to the gravesite of her grandfather today. “Tatay” they called him. Included in our funeral cortège was Waifu’s sister (with child), their mother and 83 year old grandmother “Nanay,” the widow of the deceased.

The Nissan Adventure bounced along provincial roads lined on both sides with thick patches of palm and banana that opened here and there to expansive rice fields and the green mountains of Umingan far behind. Four generations of women sat silent behind me in the van’s straining air conditioner en route the tomb of their deceased patriarch. On the way we stopped for flowers.

Once at the cemetery we parked the orange Adventure in the shade of an acacia tree and walked a hundred yards or so over dust in the humid morning air to Tatay’s grave. The place was marked by a gray granite slab, a kind of thick stone mattress, raised 4 feet above the ground. At the height where the soles of Tatay’s bare feet likely lay, there was, carved into stone, his name “Isidro.”

The man had passed in 2016 only a few weeks shy of his 80th birthday. Father of six. Grandfather to ten. Great-grandfather to eight, most of them born posthumously. To the left of his granite slab, adjacent, was a grassy rectangle of the same size. It was this spot where, at some point in the not too distant future, Nanay would be laid to rest. Buried there beside her beloved husband, until the resurrection, as was their belief.

To the immediate left of Nanay’s humble, vacant plot, there was, currently under construction, a kind of mausoleum. Several workers from the village, surprised by our arrival, disengaged momentarily the hand held buzz saw they employed in the shaping of stone tile. A generator lay upon the grassy spot reserved for Nanay , and beside it other discarded power tools. The welded metal architecture of the mausoleum roof was stacked and leaning against Taytay’s raised slab. The detritus of construction, wood chips and metal shavings blanketed the two gravesites in a thin patina of industrial dust.

Our silent entourage came to a pause at the site. Nanay fought to catch her breath and the grief-stricken women stood humble in dismay. The feathers on the back of my THÏCC neck stood erect. NOPE.

There is a room inside you. A sacred space where no man may enter. It is your temple. Your holy of holies. Inside that room there is a flickering candle, the soft imperiled light of your humanity. Your honor. Your soul. To allow a human, the state, a cult, the gloved fist, the jackbooted thug to enter into that space, to allow that flickering flame to be snuffed out, to allow the desecration of your humanity is to suffer a mean death of spirit before the appointed hour of your actual, physical demise. The unplugging of your sacred life force, the turning of you into a puppet, a dancing rent boy, an NPC, a zombie. I SAY NOPE.

I can not. I can not give up that space. That last square inch of ground. I choose death first. i will not live a rented zombie life. A life without fire. An extinguished flame. Here we make a stand.

I looked across the group of five, six men engaged once again in the task of cutting tile. The men turned at once in unison to check their generator which had unexpectedly died. There they saw my THÏCC boot planted on the kill switch. NOPE.

One man with a tape measure who seemed to be in charge appeared. I waved him over and pointed at the generator NOPE. The metal roofing leaned against Tatay’s tomb. NOPE. The power tools, the debris scattered in disregard across the hallowed ground of Nanay’s future grave. ABSO-FUKKIN-LUTELY NOPE.

The man lying in this grave is not my grandfather. Not of my Northsman tribe. Not counted among my ancestors. And yet it falls upon me here and now to defend him, his slighted widow, his daughter, granddaughter and descendants whom I have taken under my protection. I accept this task in defense of The ALLFATHER. All grandfathers. All ancestors. All divine rituals all holy sacred spaces. It is here at this gravesite I am summoned to account. To defend. Whatever happens next. I accept it. Whatever the cost. It must be paid. To fist fight a half dozen villagers with power tools, I accept. I embrace my fate. No fear. No regret. Without hesitation a man aligns himself with the stars of his destiny. I choose to fight. All of them. Always and forever. I accept this. My fate. The fate of a mad burnt war coq.

“Move this now!” I growled careful not to swear in front of Nanay. “All of it. Now. You’re desecrating the gravesite of my Tatay.”

They bowed. Then apologized. They offered no fight. They knew. They sensed consciously or otherwise that they had trampled on a holy space. The last square inch. They were trespassers, vandals, reckless and unprovoked menacing the unquenchable flame fanned now into a terrible inferno of righteous indignation.

The workers lurched into action, moving the welded framework, the power tools, lifted and carried away the generator. The cigarette butts collected one by one. The blown out splinters of dust alone remained. Sorry they said. Sorry again.

We stood a while there before the grave. Nanay looked up with tears in her eyes. She wiped them with a crumpled tissue which she pulled from her pocket, then dabbed her nose. Her descendant women began weeping in quiet. They embraced. En masse. Wet eyes. Everyone. Everyone everywhere leaking.

Nanay said a prayer. We stood in that space, the defended and conquered ground. The prayer done, she crossed herself. Flowers on gray granite. Nanay turned, nodded at the men. They bowed their heads. She stepped a pace back from the gravesite. Raised her right hand to her face, pressed her thumb against her right nostril, and blew with mighty force a wad of snot from the open nostril onto the ground beside her husband’s grave.

Do read the Original Blogpost on thiccoq’s substack HERE. And support him further there, and do follow him on Twitter, HERE.

Thank you for reading, once more. Till next time,